Bald and Bankrupt Arrested And Banned From Russia

Benjamin Rich, better known to millions of YouTube followers as "Bald and bankrupt", announced in a video today that he was arrested, jailed, convicted and permanently banned from the Russian Federation.

Benjamin (Bald) has spent the last several years vlogging his travels in the former Soviet Union.  I learned much from his videos.  His interactions with locals, babushkas and even the authorities were both fascinating and educational.  Soviet mosaics, sinks, toilets, bus stops and railway stations along with the occasional copy of "Babushka's Secrets" made for amazing and, at times, cheeky content.  I enjoyed watching as his Russian language improved with each episode.

As of this writing, Benjamin has not revealed the "crime" he allegedly committed.  I hope that he will discuss this in more detail in an upcoming video.  In the meantime, I will miss Bald and bankrupt's Russian vlogs.  I am hopeful that he will make some content in neighboring countries.

UPDATE: The video below was released after Bald's video and purports to be part of the interview with Russian police.  This gives a clearer picture of what the Russian authorities did not like about his activities on social media.

Today the Polish government announced that it will seek $1.3 trillion in reparations from Germany stemming from the Nazi invasion and 5-year occupation of Poland.  Today marks the 83rd anniversary of the German invasion of Poland and the start of the Second World War.

Jarosław Kaczyński, the leader of Poland's Law & Justice Party, said Thursday "we will turn to Germany to open negotiations on reparations".

Germany contends that the question of reparations is concluded and that Poland, in 1953, waived further reparations and has repeatedly confirmed this waiver.  But Poland counters that the former socialist government was influenced heavily by the Soviet Union and did not demand enough from Germany.  Poland blames Germany for the  loss of infrastructure, industry, farming, culture and 5.2 million lives.

I will be curious to see how this plays out between Germany and Poland.  I seriously doubt any actual monetary reparations will take place. 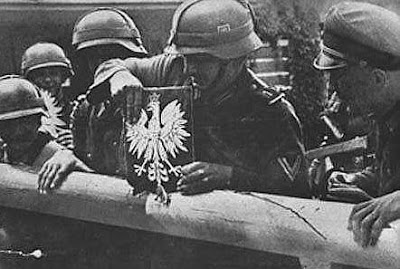 Over the years I have had many wonderful experiences and encounters with Russian people.  I plan to share these stories on this blog and on YouTube.  I have collected some souvenirs and memorabilia.  Looking at them brings back fond memories of my many Russian friends. 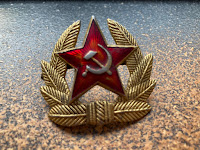 This is a Soviet hat pin I acquired at Checkpoint Alpha in East Germany.  I recall that the hat pins were sold for 10 West Marks which at that time was about $3.50.  You could also purchase belt buckles, belts and even the occasional uniform.  The hat pins were the most common.
I always wanted to purchase an authentic "ушанка" (ushanka) which is a Russian fur hat.  Sadly these were seldom available and not in my size 😢 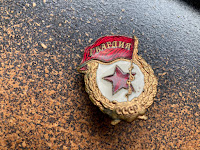 A dear friend gave me this "гвардия" medal as a keepsake many years ago.  This is a WWII Soviet Combat Guard medal and is attached through the lapel of the jacket.  .

"Guards" designations were awarded to units and formations that distinguished themselves during the Second World War by the order of People's Commissar for Defense of USSR No.303 on the 18 September 1941, and were considered to have elite status. However, the Guards badge was not introduced until 21 May 1943. 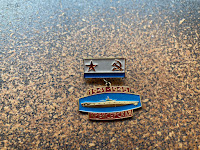 Not sure where I got this one, but it is a Soviet "Cruiser" (крейсерская) submarine medal from WWII.  No doubt given to me by one of my Russian friends years ago.
at August 23, 2022 No comments:

Bald and Bankrupt Arrested And Banned From Russia

Benjamin Rich, better known to millions of YouTube followers as "Bald and bankrupt", announced in a video today that he was arrest... 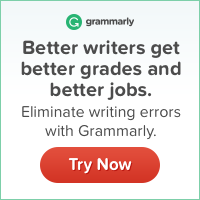